With the ability to operate within the 769-935 MHz range, the SAM R30 SiP gives developers the flexibility to implement a point-to-point, star or mesh network. Mesh networking capabilities will be available later in 2017. Nodes outfitted with the SiP can be positioned as far as 1 km apart, with the ability to double the range in a star topology. When used in a mesh network, the SAM R30 delivers reliable wide-area coverage for applications such as street lighting or wind and solar farms.

Developers can begin prototyping immediately with the ATSAMR30-XPRO development board, priced at $65. This USB-interfaced development board is supported by the Atmel Studio 7 Software Development Kit (SDK). The SAM R30 SiP is available in two QFN packages; ATSAMR30E18 in a 32QFN package, or ATSAMR30G18 in a 48QFN package. 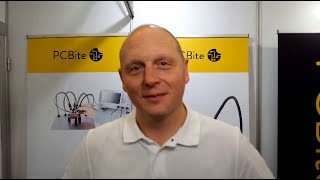 PCBite is the solution for soldering, inspection and handsfree measurements

Run a software defined radio for your IoT projects

This month, Lime Microsystems is giving away five Grove starter kits for LimeSDR Mini, worth 200 Euros each, for eeNews Europe's readers to win.