Researchers at the Massachusetts Institute of Technology in the US have developed spin computing circuits using magnetic spin that need no electrical current, potentially slashing the power consumption of computations.

The spin computing architecture developed by the MIT researchers uses a nanometer-wide domain wall in layered nanofilms of magnetic material to modulate a passing spin wave, without any extra components or electrical current. In turn, the spin wave can be tuned to control the location of the wall, as needed. This provides precise control of two changing spin wave states, which correspond to the 1s and 0s used in classical computing.

In the future, pairs of spin waves could be fed into the circuit through dual channels, modulated for different properties, and combined to generate some measurable quantum interference -- similar to how photon wave interference is used for quantum computing. Researchers hypothesize that such interference-based spintronic devices, like quantum computers, could execute highly complex tasks that conventional computers struggle with.

Spin techniques are already being used in memory devices, but using them for computations could significantly reduce the amount of power consumed. Researchers in Germany are also working on ways to use spin computing for low power devices.

"People are beginning to look for computing beyond silicon. Wave computing is a promising alternative," says Luqiao Liu, a professor in the Department of Electrical Engineering and Computer Science (EECS) and principal investigator of the Spintronic Material and Device Group in the Research Laboratory of Electronics. "By using this narrow domain wall, we can modulate the spin wave and create these two separate states, without any real energy costs. We just rely on spin waves and intrinsic magnetic material."

This can be used for fast Fourier transform (FFT) calculations, says Lui.

The waves in spin computing are ripples of energy with small wavelengths. Chunks of the spin wave, which are essentially the collective spin of many electrons, are called magnons. While magnons are not true particles, like individual electrons, they can be measured similarly for computing applications.

No more yelling at smart speakers 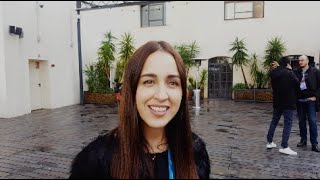