Keysight announced that testing conducted by the Industrial Internet Consortium® (IIC™), with the company's IxNetwork Time-Sensitive Networking (TSN) solution, demonstrated significant advancements in multi-vendor interoperability in accordance with the standards under development by the IEEE 802.1 to enable time-critical applications on Ethernet-based communication networks.

The testing was performed at the recent TSN Plugfest at the University of Stuttgart in Germany, using the IxNetworkTSN solution from Ixia, a Keysight business, and the IIC Time Sensitive Networking Testbed, for conducting functionality, interoperability and conformance tests with industrial devices from participating IIC members. 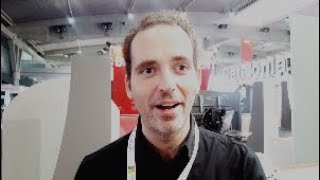 Robots at your service | eeNews report on PAL Robotics